Will RCS ever replace SMS or is it a pipe dream?

In 2008, The GSMA launched the concept of Rich Communication Services. (RCS.)

RCS is the long-anticipated replacement to SMS. (The GSMA is the industry body that represents the interests of global mobile operators.)

RCS promises to update the clunky and outdated text message with a much richer and interactive service which will include many of the features in existing messaging apps like and iMessage WhatsApp.

So, after 10 years of development, surely the new technology must be ready to roll out? Well, actually no. Despite the hype and over a decade of deliberation, the chances are that you’ve never sent or received one.

What is RCS Messaging exactly?

RCS messaging is the evolution and eventual replacement of SMS which is over 25 years old. Many argue that SMS is well past its sell-by date and that a radical upgrade is well overdue.

It’s incredible that we’re still dealing with 160 plain text characters in 2019. While the volume of person to person texts are in steep decline, business texts growth is still incredibly strong.

Research company MobileSquared predicts that business SMS will grow by 68% to 2.8 trillion by 2022.

RCS promises to reinvent the humble text and transform it into interactive and feature-packed messaging apps similar to the existing apps that we’re all used to.

With RCS you’ll be able to send and receive high-resolution images, videos, maps and more, all from within the chat session.

RCS will have a distinct advantage that you won’t need to download an app or install anything. Just like SMS, RCS will use the mobile number as the identifier for the recipient.

If you know someone’s mobile number, you’ll be able to send them an RCS message.

Brands are very excited about the potential for them to interact with consumers in a much more responsive and personalized way. They’ll be able to offer product information, support, vouchers, payment forms and more, all from a rich chat session.

Consumers also appear keen to get their hands on it. Research by Open Market found that “nearly 80% of consumers find RCS appealing and 74% say RCS would make them more likely to want to communicate with a brand.”

In August 2018, Virgin trains ran a test campaign where they sent customers information about their onward journey on selected routes.

10 minutes before arrival, customers were sent an RCS message which they could tap to reveal an array of rich travel information.

Business can see clear benefits, consumers are enthusiastic, so why has it taken 10 stuttering years to get to the point where RCS availability is still patchy or in some countries completely unavailable?

Apple has not yet committed to RCS

Globally the iPhone is the dominant handset, with around 20% of the market. Without Apple’s agreement to accept RCS on its device, the whole project would appear to lose considerable impact.

So far Apple has remained tight-lipped on the subject. Despite some rumors earlier in the year that they were in discussions with the GSMA, nothing had yet come to light.

RCS will effectively compete directly with IMessage, so it’s hard to see why they would accept a rival app onto their devices that could impact their own messaging traffic.

RCS is only available on relatively few networks

RCS messaging has been rolled out just 65 mobile networks worldwide. That’s a rather meager 8.1% of the total.

Even in core markets like the US, there are holes in the coverage. Version, with a market share of 34% still hasn’t rolled out RCS, although this looks likely to be rectified as they’ve announced that they plan to fully roll out the service in 2019.

Most of Western Europe lags even further behind. In most countries RCS is only available on Vodafone with most other networks having not yet released a rollout timetable.

“RCS is dead unless all – and I mean ALL – operators buy into it and push it out there.”

If RCS is going to get off the ground, then all networks will need to agree on a timetable and stick to it.

While brands are busily preparing their marketing departments for the opportunities that RCS will bring, no one yet has a clue how much it’s going to cost to send an RCS message.

While a few pricing models have been discussed, we’re still no clearer on what it’s going to actually cost. Brands urgently need to understand this so that they can calculate the potential ROI of future campaigns.

Even the mobile operators themselves are uncertain of the impact of RCS on their revenues.

A survey of networks by ROCCO showed that 43% of mobile operators had no idea how RCS would impact their revenues, with just 13% of operators saying that RCS would have a possible impact.

There’s even the prospect that consumers could be charged to receive RCS messages from businesses. Because there’s a data load to deliver images or video, the consumer could end up using their monthly data allowance in order to receive marketing messages.

For many businesses, SMS remains a highly effective marketing channel. For it to be challenged by RCS, the pricing policy of both the networks and the RCS service providers themselves will need to be clear and transparent.

Awareness of RCS is low

It’s been a long wait for RCS and yet still hardly anyone’s heard of it and most people have never received one.

It’s unlikely that the whole project will sink without trace but until real momentum can gather behind it, driven by the networks, it risks being a bit of disappointment.

“RCS is – for now at least – classic ‘vapourware’. It’s something that might take off… at some point in the future… we’re not sure when.”

What’s next for RCS messaging?

Despite dozens of companies showing off the potential of RCS at this year’s Mobile World Congress in Barcelona, the arrival of RCS as a genuine force seems years away.

If the rollout of RCS continues in its erratic and lengthy way, early adopters may dismiss and abandon it, never to return.

RCS undoubtedly has the potential to genuinely shift the way that billions of us communicate but until the catalog of issues are fixed, none of us will be able to access it in a meaningful way.

Henry is a two-time entrepreneur, founder, and director of The SMS Works, a low cost and robust SMS API for developers. He’s been involved in SMS and mobile marketing since 1999 and helps companies of all sizes develop integrated mobile strategies. His mission is to show organizations how using an SMS gateway can transform customer communications at very low cost. Henry also writes on a range of topics from mobile marketing to entrepreneurship.

Guest Author
This post has been written by a guest author who will be the best source for any questions you may have about the content. If you're interested in writing a guest post for Rebrandly please email angelo[@]Rebrandlydotcom with a description of your background and for a copy of our guest-posting guidelines. 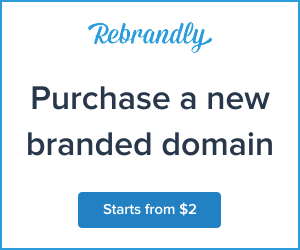